About the Award Sculpture

Everything about Lis-el Crowley was unique and captivating. The award sculpture created in her honor meets that same standard.

There are actually two sculptures. One (a 3D version) will stay with AMCAW, to be proudly displayed at future events, such as SINTER, The AMCAW Conference. The names of past and future honorees will be featured on the sculpture, so it becomes an evolving legacy to Lis-el’s impact.

Each wall mounted sculpture will be emblazoned with the recipient’s name so it may be proudly displayed in their studio, office, or home.

Both sculptures were designed and fabricated by Robert Dancik. The name plates were the result of a collaboration between Cindy Pope and Barbara Rivolta. 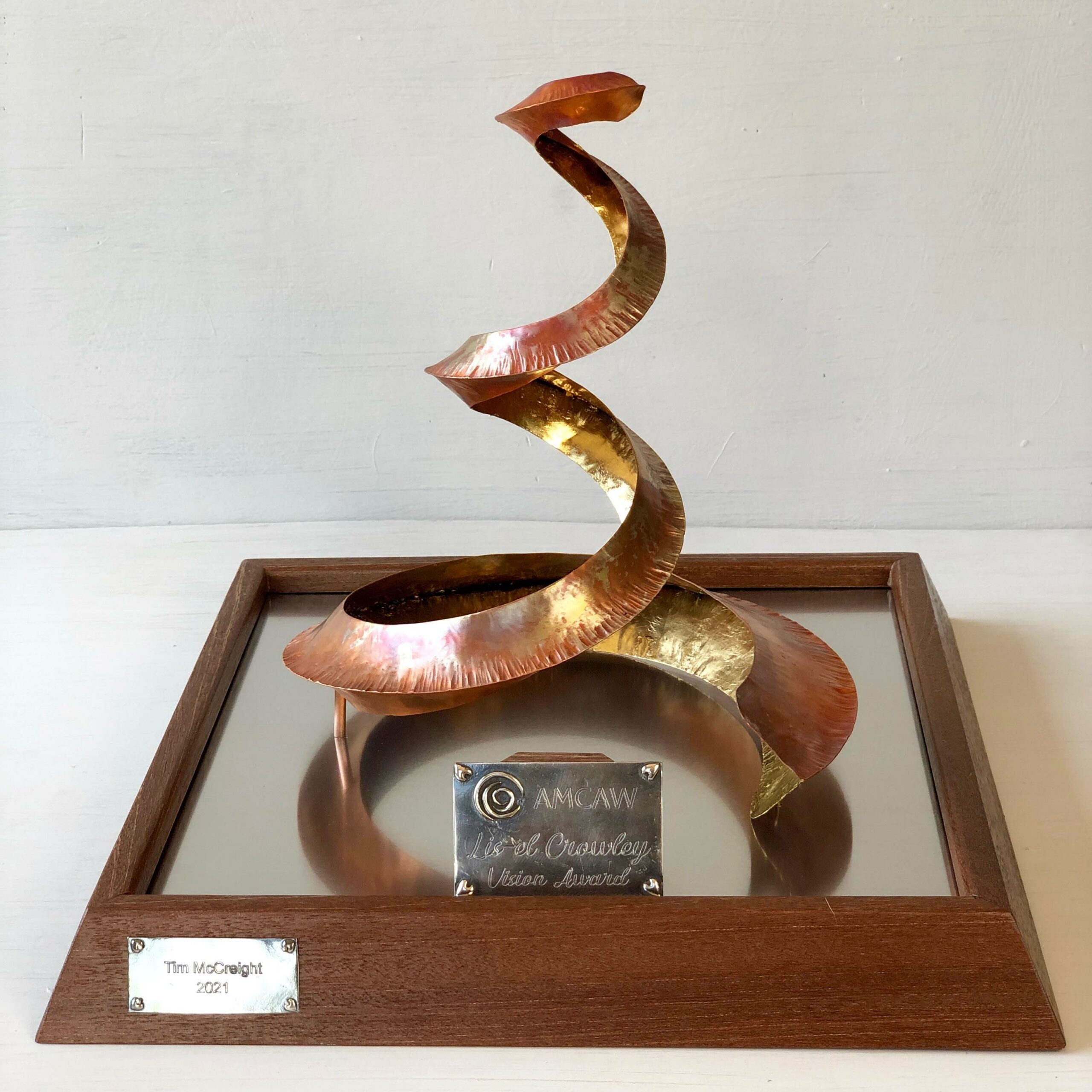 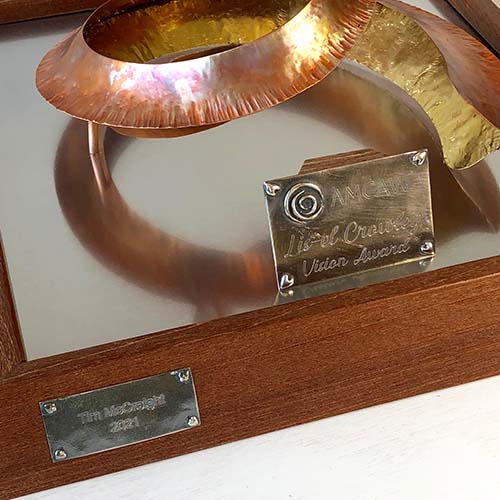 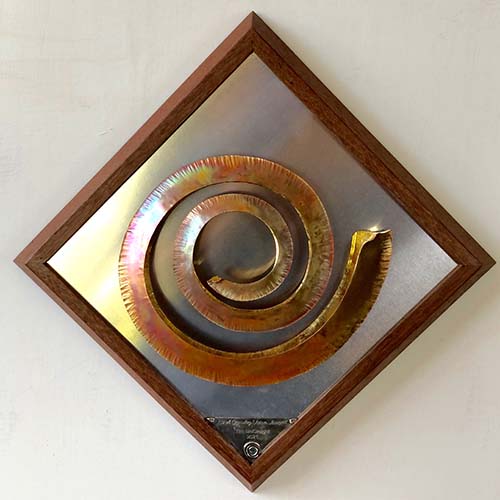 Dancik shared that the spiral form was most fitting for Lis-el because, “A spiral is symbolic of growth, both inward and outward. It’s about introspection, going inward and examining closer and closer, and it’s also about expanding outward endlessly. Both go on endlessly and eternally. There is no end to a spiral.”

He went on to explain that these pieces are symbolic of the period in time that was Lis-el’s experience with AMCAW and with metal clay. That adventure had a beginning and an end in time, but her impact continues on, just as the spiral can continue with no end.

The spiral is a universal form found all around us in the design of galaxies, flowers, trees, the horns on animals, parts of the human body, and much more. Lis-el was a keen observer of symbolism, and had a particular affinity for the spiral.

McManus shared that Lis-el strongly advocated for including a spiral form in the AMCAW logo, resulting in our three-color swirl icon. She saw deeper meaning all around her and brought a sense of reverence to ordinary things that most people don’t notice. 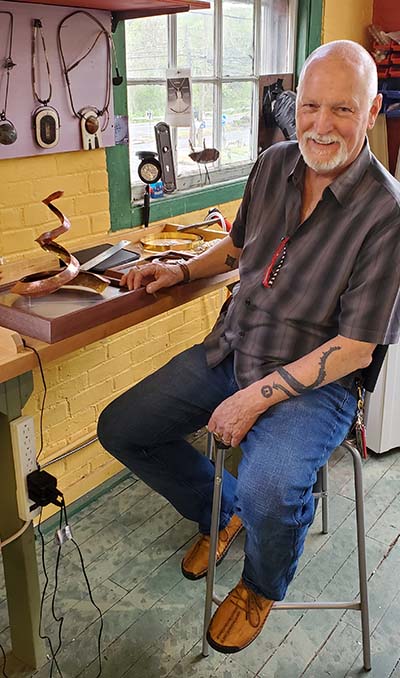 About Lis-el And the Award
Nominations
Previous Winners