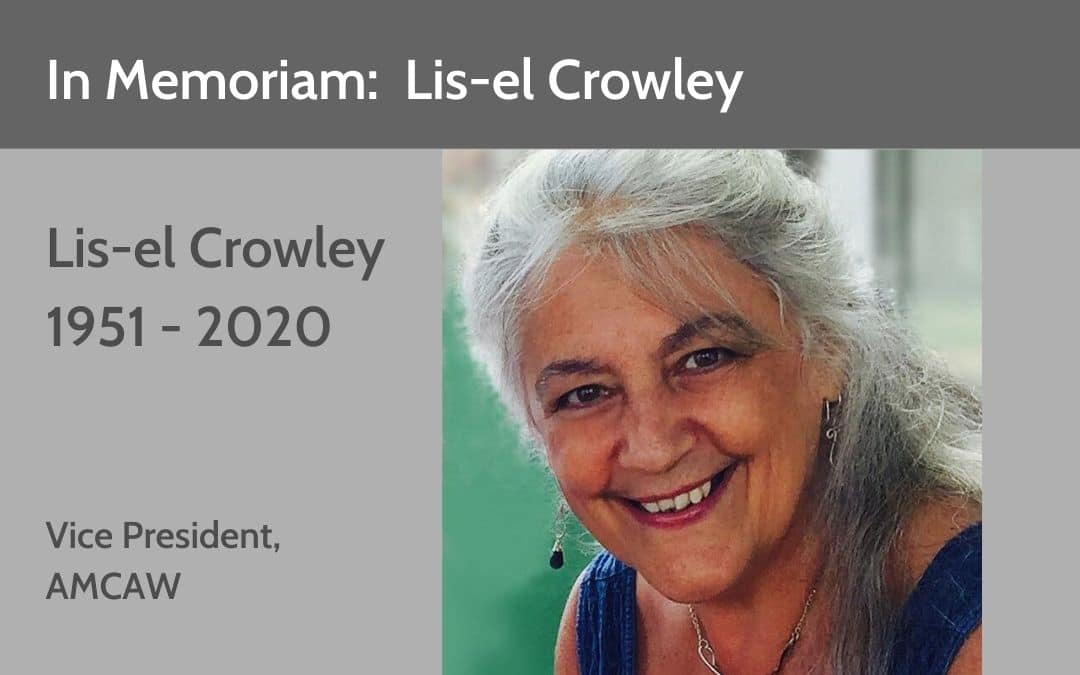 We are deeply saddened at the passing of Lis-el Crowley, the visionary artist whose belief in the importance of learning in a community of artists fueled the founding of AMCAW.

Many of us came to know Lis-el initially from her popular metal clay videos. While she loved to create, she loved teaching even more. “As a teacher, I thrive on awakening the creative spark within people of all ages and backgrounds,” she said in a recent artist statement.

“Creating and teaching are at the core of just about everything that I do,” she added.  “I find inspiration everywhere and enjoy the camaraderie and community that is built when people of like minds and spirits gather together.” 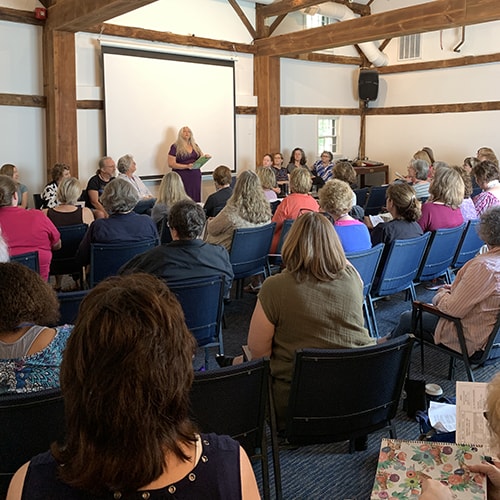 She felt so strongly about the importance of learning within a community of artists that she created a local guild in Connecticut, the Metal Clay Artisan Guild. Next, she launched the Metal Clay Mojo Conference, which took place four times and drew a devoted audience to this fun and educational event.

Lis-el truly believed there should be no boundaries between metal clay artists. She envisioned an organization that would be international and brand-neutral, designed to unite, engage and inspire the entire metal clay community. Starting in late 2017, she joined forces with Paula McDowell and Wendy McManus to start AMCAW, the Alliance for Metal Clay Arts Worldwide.

“Lis-el was brilliant, funny, hard-working, caring, committed, and inspiring,” said Wendy McManus. “She was the beating heart and soul of this effort to create AMCAW. Early on, there was so much to do and the challenges often seemed overwhelming. In those darkest moments, Lis-el made us laugh and kept us pointed toward the vision.  She had a beautiful way of magnifying the energy and talents of others.”

“Lis-el had a genuinely warm and loving personality and an amazing ability to connect with people. She looked for the best in people, and encouraged all of us to do the same,” said Paula McDowell. “As an instructor and an organizer, Lis-el created a safe space for people to test their limits. She would offer a little push and a lot of support in the face of self-doubt. Lis-el helped set a vision and path for AMCAW, and her passing leaves a huge hole in our hearts.” 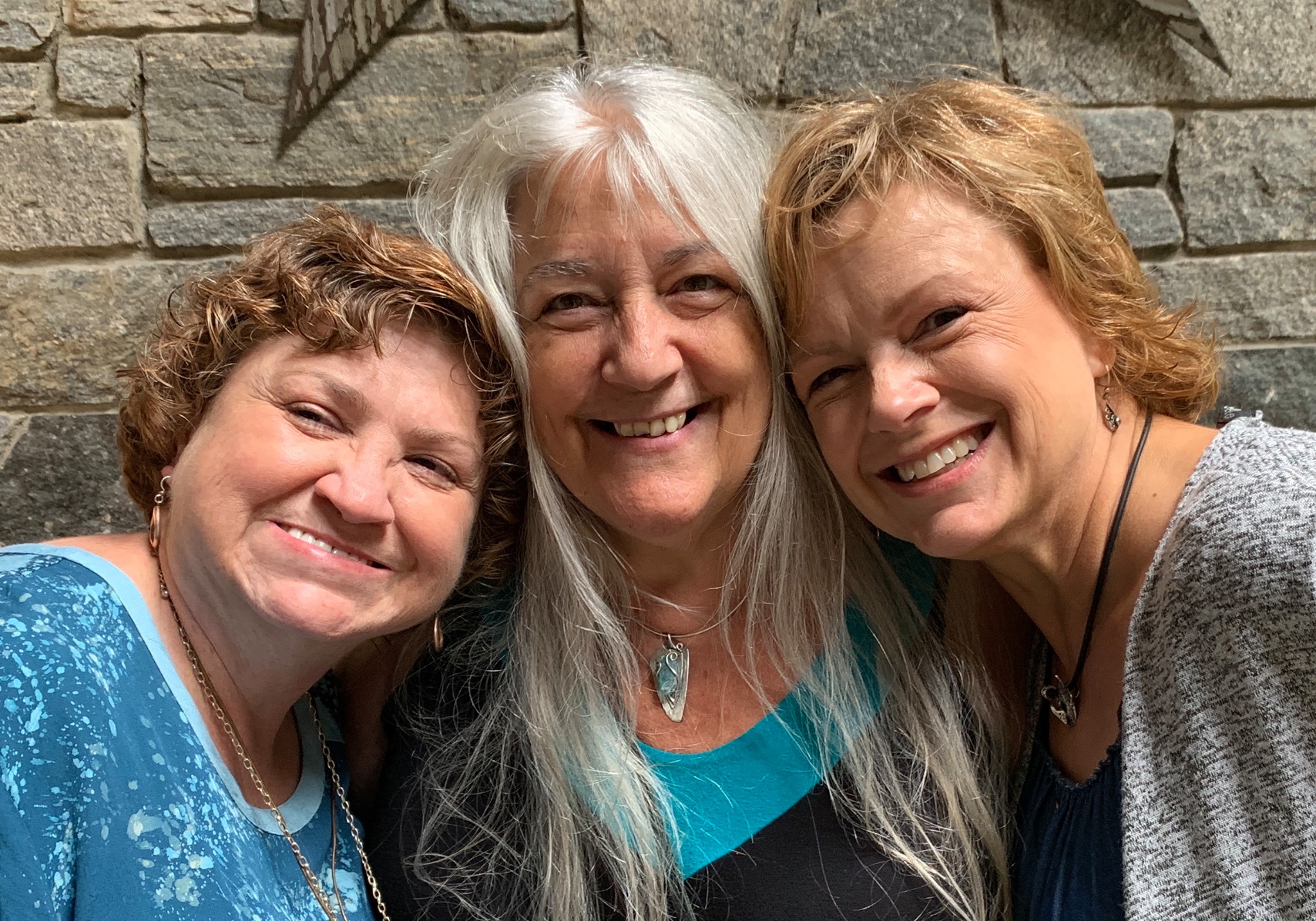 While Lis-el was an early leader in metal clay, she actually worked in multiple mediums, often combining them. A self-proclaimed creativity addict, Lis-el worked in ceramics, glass, metal, alcohol ink painting, and silk-dyeing. Upon discovering metal clay, it quickly became her favorite medium, and the one for which she was best known. She drew on her pottery background to sculpt and roll metal clay, with coils becoming a signature technique in her wonderfully flowing, organic creations. 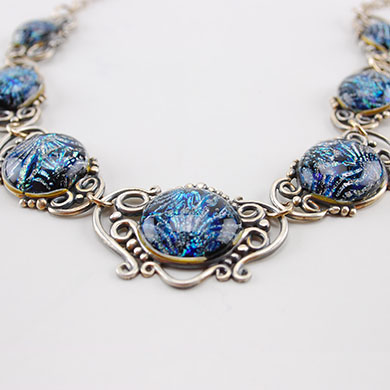 She also loved working with dichroic glass, and often taught others the skill to create their own dichroic cabochons so they could create a unique work of art which was entirely their own.

Lis-el was a sought-after metal clay instructor, teaching across the country at many different venues. Her work was featured in multiple publications including The Crafts Report (now known as Handmade Business), Art Jewelry Magazine, and Easy Metal Clay. She was the owner of the Art & Soul Gallery/Studio in Windsor, Connecticut.

Those lucky enough to know Lis-el enjoyed her affirming outlook on life and the universe, her ability to inspire, and her sense of fun. Wherever metal clay artists gathered in the evenings during events, Lis-el was usually in the middle of the group, with her sense of humor and inclusiveness drawing out the best in everyone. Inspiration and camaraderie would be flowing, along with Lis-el’s signature drink, the “Dark and Stormy”. By the end of the evening, friendships would have been forged and inspiration would run rampant.

As Lis-el posted on her website: “As a Spiritual Being, I believe we are all here to make a positive impact on the planet and human consciousness. I strive daily to be that positive influence and to empower others to do the same.”

Lis-el loved life, her family, her friends and the metal clay community. We are privileged to have known and worked with this wonderful spirit. Godspeed, Lis-el, and thank you for including us in your joyous life journey!