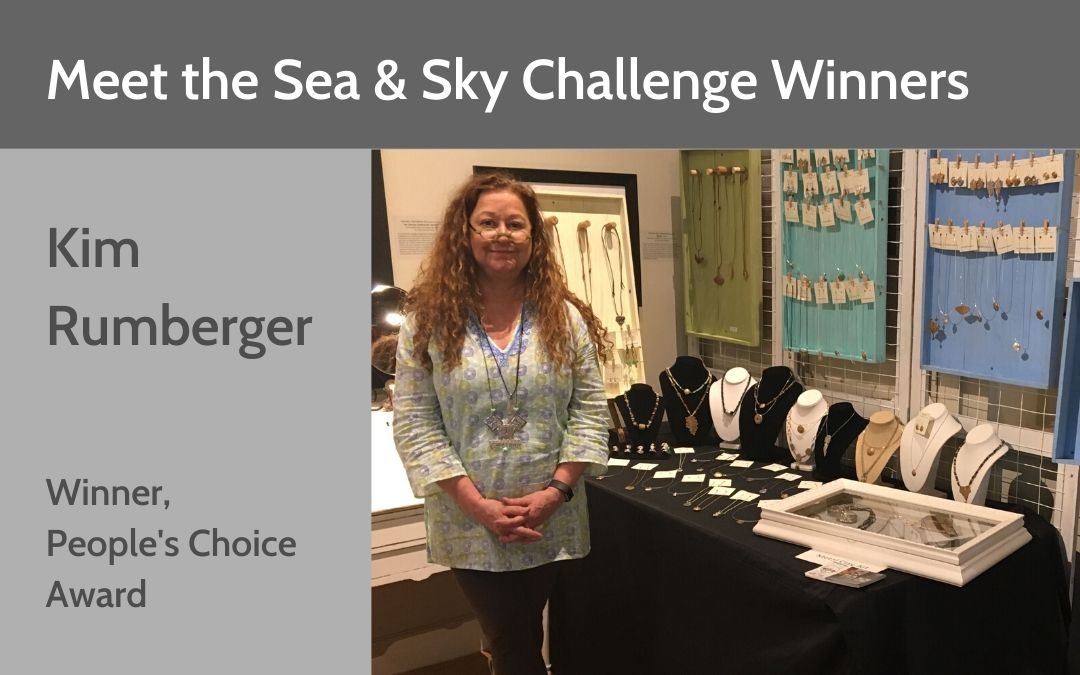 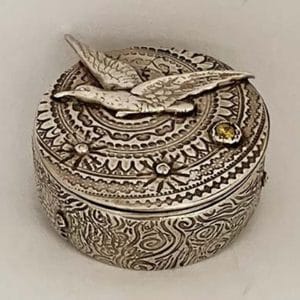 Kim Rumberger’s winning piece, Freedom of Expression, is a silver keepsake box, inspired by a quote from John F. Kennedy:  “If art is to nourish the roots of our culture, society must set the artist free to follow his vision wherever it takes him.”  The bottom of the box tells the viewer to “Set the artist free!” and the lid of the box features a flying bird.  The box lid is a detachable medallion that can take flight itself to become a pendant. 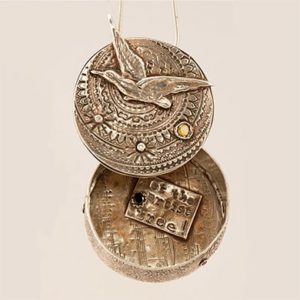 Freedom of Expression open on a chain

“My goal was to create a vessel that captures a variety of expressions of creativity, and has a variety of useful purposes,” says Kim.  “The box is lined with music notes, textures and sparkling gemstones, and can be used to store keepsakes and valuables such as jewelry.  The flying bird represents the artist feeling the freedom of flight.”

“It was a challenge to get the medallion to fit snugly into the vessel, because during construction and firing of such a large piece (its finished weight is 108 grams without the chain), the walls kept sloping.  Perseverance, along with several rounds in the kiln, were the keys to completion!” 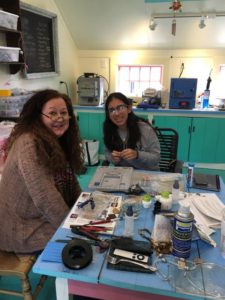 Kim in her studio with her student mentee Ana Batson

Kim discovered metalsmithing in junior high school. Within a year, she was instructing others in basic silversmithing, and selling pieces to friends and family. But then her family relocated as she began college and Kim’s life took a different direction.  She studied Political Science and Public Administration and began a professional life working in public relations, bank marketing, for non-profits and education while raising a family.  “Then, after more than 35 years, I decided to begin making jewelry again,” Kim says. ”I took a two-day basic metalsmithing class six years ago, and it was like riding a bike! I could jump right back in. I started scouring the internet for metalsmithing tools, and that’s when I found metal clay.”

“Metal clay was a perfect combination of hand-building, torching, kiln firing, and designing.  It was a dream come true!  I began watching videos, reading books, and subscribing to on-line classes, because there were no courses available locally. I bought some clay and a torch and gave it a whirl.”

“Soon I bought a kiln and started my business Metal And Beads.  I sold my pieces at local shows, and became a juried artist for the HyArts Shanties in Barnstable.  While demonstrating at the first Cape Cod Mini Maker Faire, I was approached by a Cape Cod Museum of Art staff member about teaching at the Museum classroom. I began teaching there, plus a number of other locations on Cape Cod, and now have an extensive student base.” 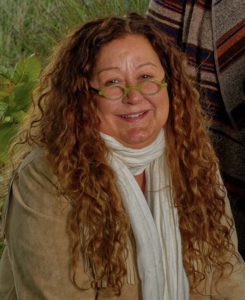 “I also started entering my pieces in local art exhibits and challenges at various museums, galleries and cultural venues on Cape Cod.  I find doing so inspires me to make some of my most impressive pieces.  Answering a call to artists with a specific theme takes me out of my comfort zone and places me in a more daring and creative mode.  It also has placed my work, which is quite different than most art that is shown in a typical exhibit, alongside incredible creations by highly respected artists using more traditional media.  One doesn’t often see a sculpted metal object in an exhibit primarily comprised of 2D objects.”

Kim’s advice to other metal clay artists?  “Keep an eye out for opportunities to submit work to local exhibits.  Not only will it inspire and elevate your craft, but it will also help share the message about metal clay and the fine art that can be created with it.”

Photos of Kim’s winning creation are courtesy of the artist, photo by Josh McCosh, LightFlexStudios.com
Find Kim on Facebook Metal and Beads